Conducted under the auspices of the T. R. Presidency; International TÜBA Academy Awards found their owners. The International TÜBA Academy Awards, together with the TÜBA-GEBİP (Outstanding Young Scientist) and TESEP Awards (Scientific Copyright Work) , announced by the Academy recently, will be held at the TÜBA-TÜBİTAK Science Awards Ceremony to be held at the Presidential Complex on December 28, 2022. It will be presented to the winners by President Recep Tayyip Erdoğan at the Science Awards Ceremony. 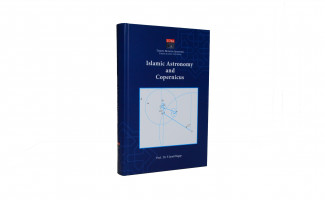 Islamic Astronomy and Copernicus: A Compilation Perspective on Astronomical History

TÜBA International Academy Award winner Prof. Dr. Jamil Ragep's "Islamic Astronomy and Copernicus", which consists of 15 works published in various sources in the last forty years, has been published as a book by the Turkish Academy of Sciences. 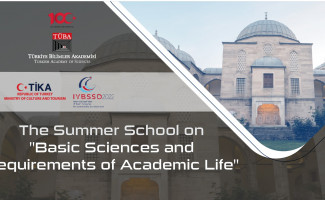 Applications for the Summer School on “Basic Sciences and Requirements of Academic Life” will be held in Istanbul on 26-30 September 2022 with cooperation of The Union of National Academies of Sciences of the Turkic World and Turkish Cooperation and Coordination Agency (TİKA) were evaluated and the results were announced. Candidates can refer to the attached list to see the results. We congratulate the participants who deserve to attend to the summer school and wish them success.