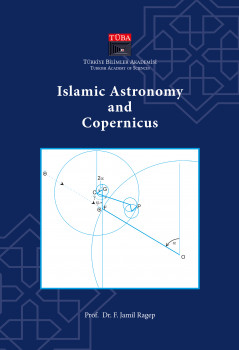 Bringing together fifteen articles that have been published by F. Jamil Ragep over the last four decades, this volume offers fresh insights and a deeper understanding of how Islamic astronomical and scientific traditions influenced the emergence of the Copernican heliocentric system. These articles not only provide new technical and contentbased evidence regarding the Islamic background to Copernicus, but also highlight the importance of studying scientific and historical contexts in which Islamic astronomy could find its way into medieval and early modern European intellectual and cultural settings. Raising new questions and contributing solid research through the examination of various Islamic, Latin, and Greek scientific texts, Ragep’s articles will be useful for anyone interested in engaging in the study of the Islamic- Copernicus connection from a broader multicultural perspective.

International shipments of TÜBA Publications will be covered by the recipient.